What are residuals in multivariate analysis? 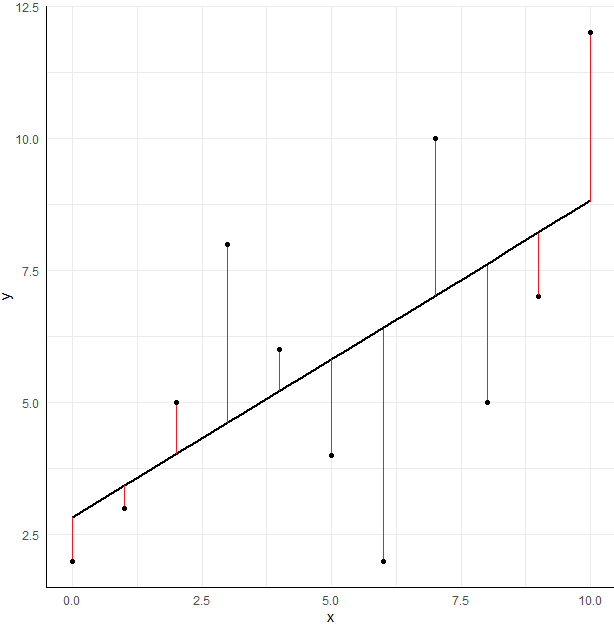 The residuals are represented in this scatterplot by the red lines connecting the points to the regression line.

For more details, see these books: