The Shapiro-Wilk's test aims to determine whether a variable has a normal distribution (bell-shaped distribution). It is the most efficient test for small samples (n<2000).

A bell-shaped curve is a curve where a high proportion of the data are in the middle of the curve and the rest of the data are equally distributed on both sides of the middle of the curve. It means that if you measure a variable with this type of distribution on 100 subjects, you will find that a large part of your participants get a value near to the mean of the group, some ones get distant-mean values and rare cases get extreme values for this variable. 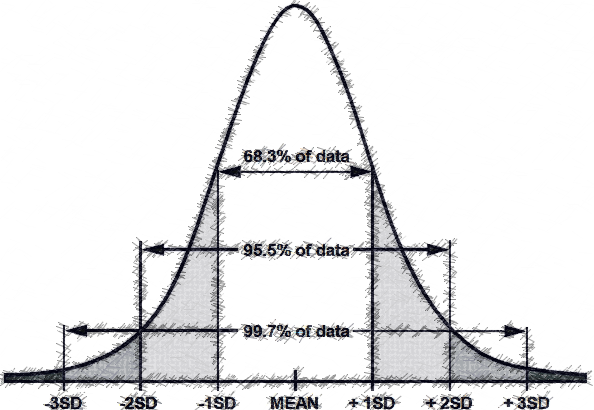 Why could a normal distribution be important ?

Some statistical tests need your data to follow a normal distribution (for example the Student t-test). In fact, this condition is usually considered as filled if there are more than 30 people in the group or sample studied. The Shapiro-Wilk test is thus specifically important for small samples.

How to use it on EasyMedStat ?