How to adjust the caliper in propensity score matching?

A smaller caliper means that the scores must be closer for the individuals in the groups to be matched. This helps to ensure that the groups being compared are more similar in terms of their likelihood of receiving the treatment, which can increase the validity of the results of the study.

In simple terms, a smaller caliper value allows for a more accurate comparison of the treatment and control group by making sure that they are as similar as possible before the treatment is administered. 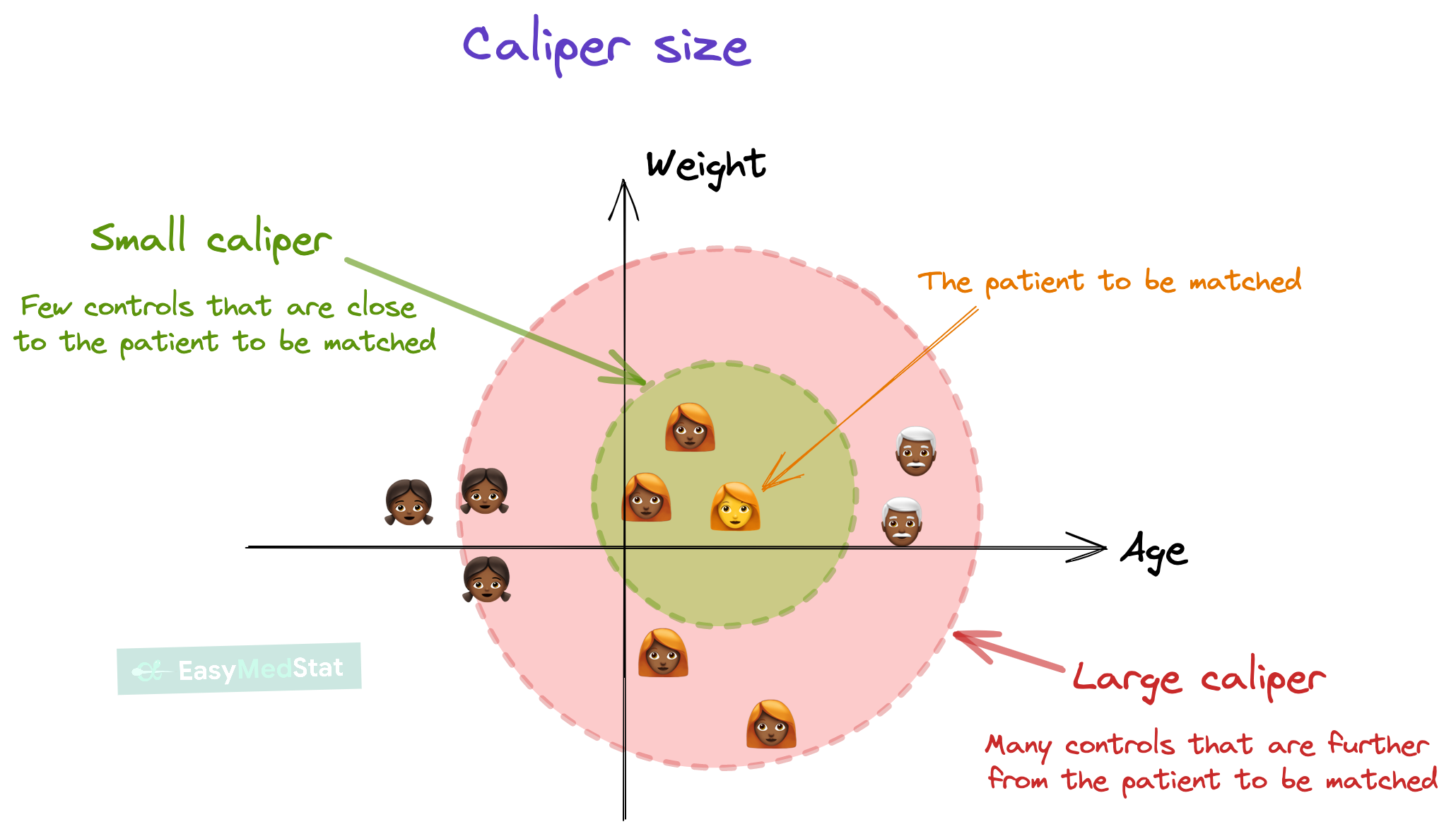 What is the minimum value of the caliper I should use?

The choice of caliper value is typically based on the balance of two goals: ensuring that the groups being compared are as similar as possible, while also maximizing the number of matches. A smaller caliper value will result in groups that are more similar in terms of the propensity score, but will also result in fewer matches.

A common approach to determining the caliper value is to start with a relatively large value and gradually decrease it until the balance between similarity and number of matches is satisfactory. The commonly used caliper value is 0.2 or 0.1 times the standard deviation of the propensity score.

Going below a caliper of 0.1 will probably reduce the number of patients that can be included in your study.