To perform a Pearson’s correlation, the variables analysed have to follow a normal distribution, to have a supposed linear relationship and to be measured on an interval scale (continuous).

For example, in medical research we usually can suppose that the age is positively correlated with the disease risk, meaning that when the age improve, the risk of diseases improve. We should thus expect a correlation coefficient between "age" and "disease risk" be: r > 0. 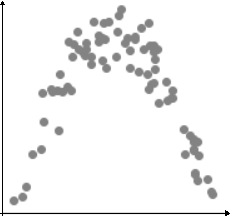 How to use it on EasyMedStat ?

If the assumptions of the Pearson correlation are not met, Spearman's correlation will be calculated instead.